In this post you will find details on how to start making your own 8×8 LED matrix Arduino breakout game.

The gameplay is simple but still entertaining because of the different ways the ball bounces when hitting the paddle.

On either side of the paddle (not directly over the paddle): ball bounces back to the direction it came from. Changes both the x- and y-direction.

It is only possible to hit all the bricks by combining the different ways the ball can bounce.

This is mainly a software project and thus only require a few parts.

You can also use a LED matrix without the backpack, but this will require additional code and connections. I will try to make a post with inspiration on how to do this at a later time – but it is a more advanced project.

Bellow is photo, illustration and schematics of the connections and circuit. Hopefully this will be enough for you to assemble it correctly. Do not hesitate to leave a comment if you need additional information 🙂 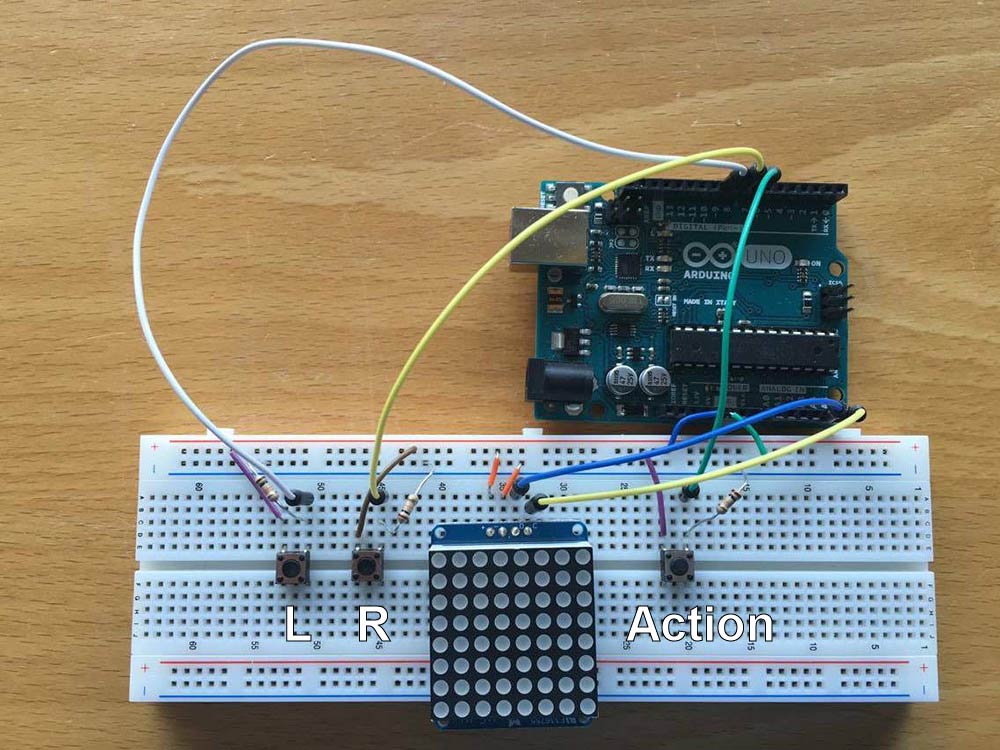 The code for this project can be downloaded here on GitHub.

I use a 8×8 char array to keep track of where the different objects of the game is positioned at a given time.

The reDraw function in game.ino then uses this char array to visualize this using the correct pixels on the led matrix.

The source code is released under the GNU GPLv3 license.

Additions you could try to implement: