Earlier this year, I made an 8×8 LED matrix Arduino breakout game. The game was inspired by the classic Atari Breakout, but limited to 8×8 pixels for the display.

It was a fun way to test the LED matrix and also show how useful these small LED matrixes actually are!

The project also got my interested in other ways to create more advanced Arduino games and maybe even some kind of Arduino Game System.

Posts in this series so far 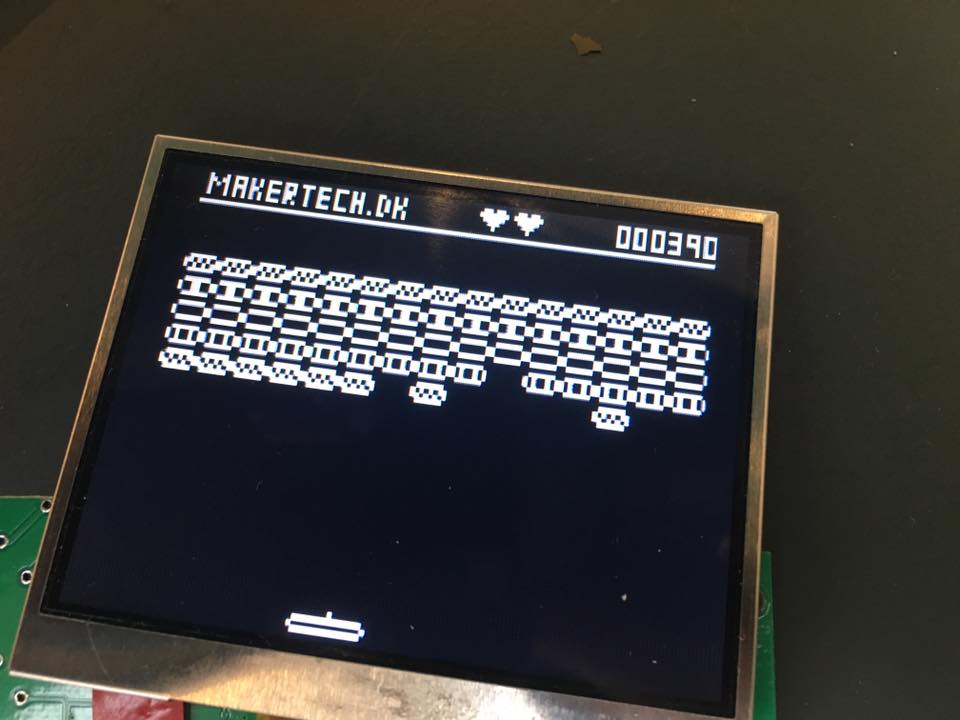 As a start I made a new Arduino Breakout Game using a small tv screen as the display. For this project I used the Arduino TVout library to generate a composite video signal in software.

I will be making another blog post about this game at some point, but for now all I have is some pictures and a video of the ball movements from when I started making the game.

After working on the Breakout Game above I wanted to start working on a more dynamic game system. This new system will have a start menu where you can choose what game to play, display high scores etc.

I usually only write about my projects after they are finished, but since I have had some very nice feedback on the initial images and videos I have shared on both my Facebook and Instagram pages, I have decided to make a blog series about the project while I am working on.

This blog series will not be a regular tutorial or How-To, but instead give an insight into what I am working on, the difficulties I encounter, the possible solutions to potential problems and the design choice I make.

Stay tuned for the first blog post which will include the schematics and the base code for my first Arduino Game System.

Until then here is a short video of the Arduino game I am currently working on.