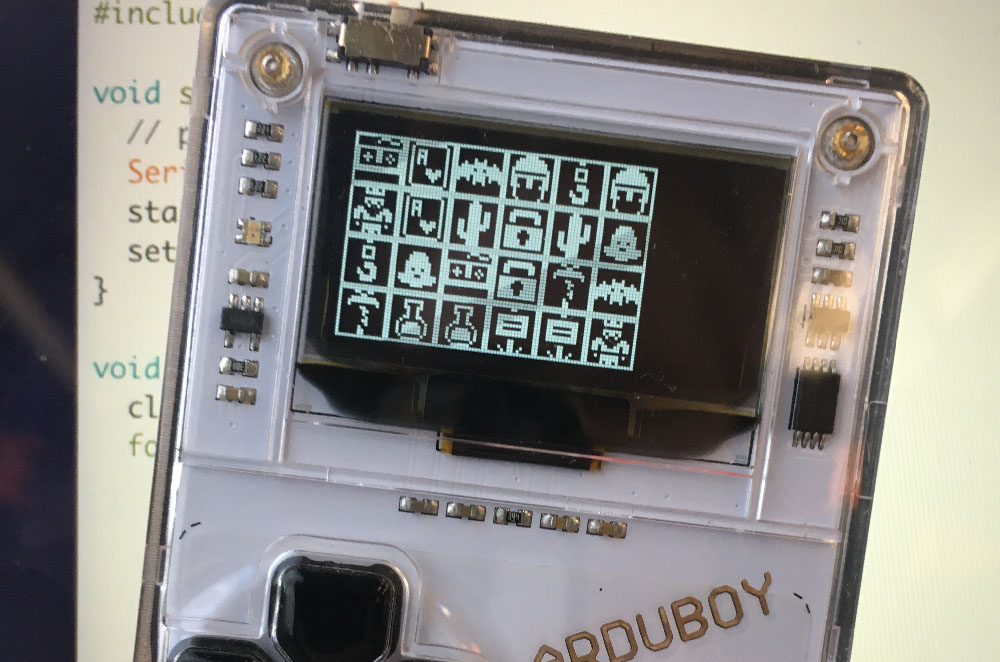 In this dev log, I create the game board for my Arduboy Memory Game.

The game board is randomly generated using the random function in the Arduino library.

Since our game board consists of 4 x 6 game cards, each card can be positioned one of 24 positions.

We can use the Arduino random function to get a random number between 0 and 24 (excluding 24) for each of the game cards on the board.

The Arduino random function will always return the same sequence of numbers, if we do not initialize the random generator with a new value when we create a new game board.

To fix this, we use the ‘micros’ function to create a new seed each time a game board is going to be created. The seed is then used to initialize a new random number generator using the ‘randomseed’ function.

Since the ‘micros’ will not always return the exactly same number even the first time the board is created, this solution will creates a new game board every time the game is started.

However, two cards might be assigned the same random number. The question is then how we will handle these collisions.

When a game card is assigned a position which is already occupied by an earlier assigned game card, we say that have a collision between the two game cards positions.

This problem can be solved in a several ways. For this project I’ve using hashing using linear probing as an inspiration.

An example is giving in the figure above.

By doing this twice for all 12 game cards will result in a randomly generated game board where each card is inserted at two different positions.

The code for this project can be found here on GitHub.

Next up is adding interaction like moving a cursor around and selecting game cards.